What Dinosaur has 500 Teeth? 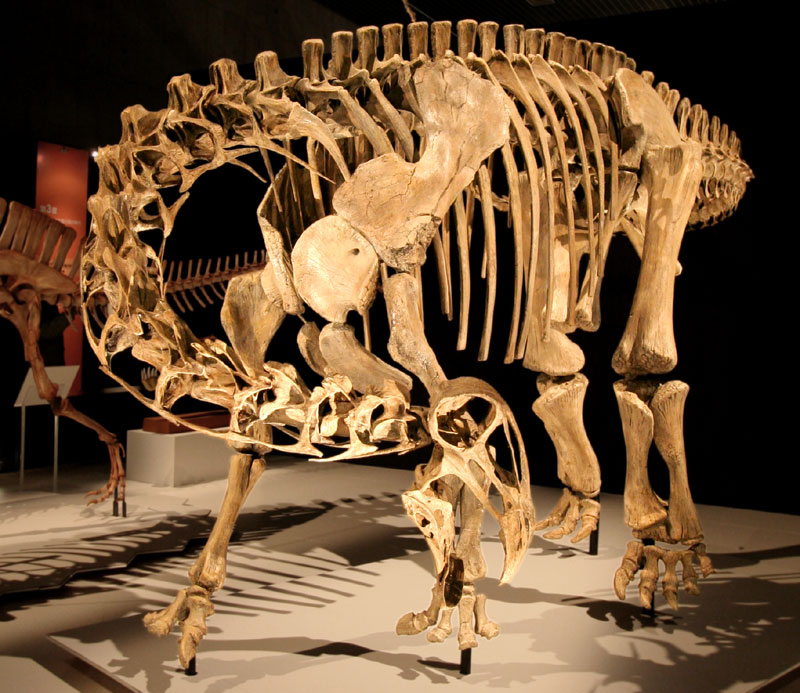 The herbivorous sauropod Nigersaurus Faqueti, which lived 110 million years ago used to have 500 teeth. These species of dinosaurs coexisted with the suchomimus, or “supercroc” and other herbivores such as ouranosaurus and lurdusaurus during the middle cretaceous period.

According to paleontologist Paul Sereno, the Nigersaurus possessed a long neck and 500 “slender” teeth, all of which could be replaced.

In a 2019 Reddit thread, the query “what dinosaur has 500 teeth” became popular.

The act of looking for the dinosaur online has become a meme in several other discussions. It’s been called “the most politically incorrect dinosaur ever” by some.

Several people sought to correct people’s pronunciations of the dinosaur — “nye-juhr” is the right pronunciation — but it didn’t stop racist insults from being made in one of the discussions. The meme has expanded to the point where when you Google “what dinosaur …” the top suggested results are all related to the “most teeth” or “500 teeth” meme.

Since you are already here, there is no harm in learning more about Nigersaurus.

Nigersaurus – The Dinosaur with 500 teeth

The Nigersaurus was a dinosaur that lived between 121 and 99 million years ago, and its name means “Niger lizard” or “Niger reptile.”   Primarily as a result of its remnants being unearthed in what is now the Republic of Niger.

This one-of-a-kind dinosaur was notable for having over 500 teeth and eating only plants. Nigersaurus was a family of sauropods, which were enormous herbivores that traveled largely on four legs and ate plants.

Nigersaurus belonged to the Saurischia “lizard-hipped” dinosaur order. This suggests that, while Nigersaurus was not closely related to lizards, it did have pelvic bones that were comparable in shape.  This unusual ruminant grazed 110 million years ago in what is today the Sahara Desert. With a huge, broad mouth that was broader than the rear of the creature’s head, it gathered food.

Nigersaurus had a delicate head, with four side fenestrae openings that were larger than those of other sauropodomorphs. The bone linking the muzzle to the back of the skull has a total area of only 1.0 cm2 (0.16 sq in). These bone connecting struts were often less than 2 mm (0.08 in) thick. Despite this, the skull proved resistant to teeth shearing for an extended period of time.

This dinosaur measured 15 meters (50 Feet) in length and weighed about 4-5 tons. 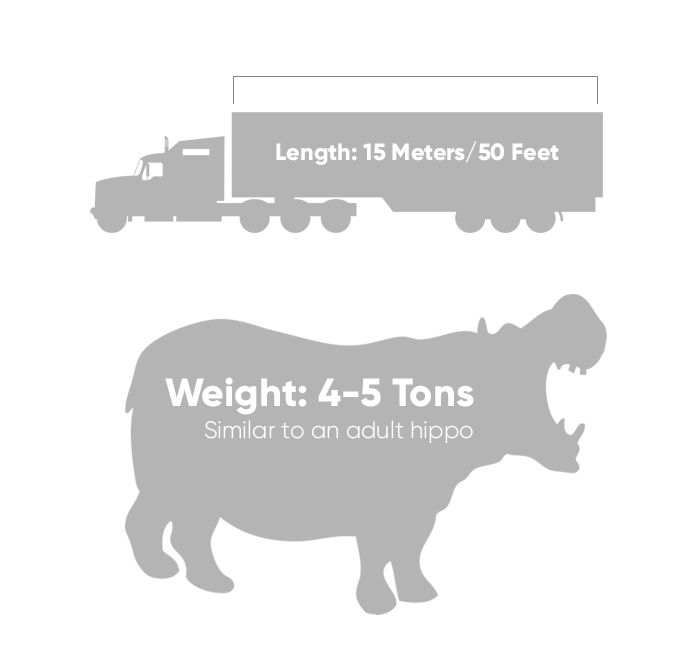 The dinosaur’s origins are thought to be in what is now known as central northern Africa, with postcranial bones discovered in Niger, Algeria, and Tunisia. The Elrhaz Formation, in the Gadoufaoua region of central Niger, has notably yielded remains. This dinosaur’s fossils were discovered in 1976, but it wasn’t named until 1999 after more complete remains were discovered.

The Nigersaurus’ 500+ teeth were one of its most distinguishing features. This unusual herbivore was supposed to have grazed for sustenance in the Sahara desert, which is now largely desert. With its enormous, broad mouth and a snout that was wider than the back of its skull, it gathered food. Paleontologist Paul Sereno was also quoted comparing the Nigersaurus’s visage to that of a vacuum cleaner.

This unusual dinosaur had a remarkable tooth structure, notably for a sauropod dinosaur. Another remarkable feature of the Nigersaurus was the discovery of dental batteries, which had never been seen before in a sauropod family. It is the only known tetrapod animal with jaws that are wider than its skull in terms of jaw anatomy. It is also the only tetrapod that has teeth that reach laterally across the front of the mouth.

Dental batteries have been seen in triceratops and other beaked herbivores, but they are extremely rare in sauropods. For those who ate a herbivorous diet, dental batteries were known as highly efficient processing equipment. They were supposed to be made up of vertically stacked columns of interchangeable teeth, with each tooth in each column being replaced by the one behind it, which would take the old tooth’s place. Like peas in a pod, the tooth columns would be perfectly packed next to one another. As a result, dinosaurs with dental batteries might easily have hundreds of teeth, both old and new, in their mouth at the same time.

The upper jaw of the Nigersaurus featured around 60 columns of tiny, needle-like teeth. The lower jaw, on the other hand, had about 68 columns. With the entire set of columns taken into account, the Nigersaurus had almost 500 individual teeth, equating to nine sets of replacement teeth stored within the jaw.

Paleontologist Paul Sereno named the Nigersaurus the “Mesozoic Cow.” Sereno was quoted as saying that this unique sauropod was “the weirdest dinosaur I’ve ever seen.”

The arrangement of the Nigersaurus’ teeth contributes to their peculiarity. When munching on the leaves dangling from the branches, having teeth that extended laterally at the front of its mouth wouldn’t have been very useful.

As a result, evidence suggests that the Nigersaurus ate and grazed on the ground. So, the term “Mesozoic cow” was established. The wide muzzle would be an ideal companion for foraging among the low-lying vegetation. The dinosaur would have had no trouble plowing through the foliage thanks to its abundance of teeth. Each new tooth was claimed to be changed every 14 days, therefore the dental batteries would have been crucial for the Nigersaurus when feeding along the floor bed.

Nigersaurus was a ‘long neck’ dinosaur with a short neck. The sauropod family’s most distinguishing feature is undoubtedly their long necks. Some sauropod necks measured 15 meters in length, six times greater than the world’s largest giraffe neck. The Nigersaurus and its relatives, on the other hand, cannot be said in the same way. Their necks were all less than 10 meters long.

Despite the fact that adults were over 30 feet long, a hatchling Nigersaurus’s fossilized jawbone was so little that it could “fit on top of a silver dollar,” according to paleontologist Paul Sereno.

Nigersaurus didn’t seem to spend a lot of time following its nose. Despite possessing enlarged nostrils, this herbivore’s olfactory lobes which help the brain sense smell was significantly small, according to an examination of its brain cavity.

Nigersaurus was a tiny sauropod with a short neck and a length of 9 meters (30 feet). It was around the size of a modern elephant, weighing about four tonnes. The skeleton was heavily pneumatised (filled with air spaces connecting to air sacs), but the limbs were strong. With numerous fenestrae and delicate bones, its cranium was designed specifically for feeding.

It had a large muzzle with over 500 teeth that were changed every 14 days or so. A keratinous coating was possibly present in the jaws. The tooth-bearing bones of its jaws were rotated transversely relative to the rest of the head, so that all of its teeth were far to the front, unlike other tetrapods.

The Rebbachisauridae subfamily of the family Rebbachisauridae, which is part of the sauropod superfamily Diplodocoidea, contains the closest relatives. Nigersaurus was most likely a browser who ate by keeping his head near to the ground. Although its brain size was equivalent to that of other dinosaurs, the part of its brain that perceived smell was underdeveloped.

There has been controversy over whether it held its head horizontally or downwards like other sauropods. It presumably ate soft plants like ferns, horsetails, and angiosperms because it lived in a riparian environment. It shared its environment with other dinosaurian megaherbivores, as well as huge theropods and crocodylomorphs, and is one of the most abundant fossil vertebrates found in the area.

Due to its large population size, Nigersaurus is a social sauropod that can coexist with a wide range of other dinosaurs. It cannot be kept with medium-sized or large carnivores, unlike other sauropods, however, it is fine with small carnivores. It is also the only sauropod species that graze on Ground Herbivore Feeders, making it a grazing animal. 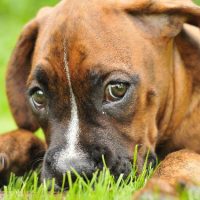 Why Is My Dog Eating Grass

8 views
If you see your dog eating grass, you might be wondering why he’s doing this and whether it’s dangerous to him or your lawn. Dogs have many reasons for eating grass and are not doing damage to your yard.
Read more
Often visited categories
Cars & Other Vehicles
Food and Entertaining